Ultima Cards (ウルティマカード, Urutima Kādo) are new cards used in Yu-Gi-Oh! Duality of Demon. They are Special Summoned by Ultima Summon. They are stored in the Extra Deck and the color of the card frame is bright-yellow with a golden border.

Ultima Cards, while placed on the field like monsters, are not considered to be actual monsters. As such, they are unaffected by cards/card effects that state "monster" in their card texts. However, they can still be destroyed, targeted, and effected by cards/card effects that only specify "cards" (ex: An Ultima Card cannot be destroyed by the effects of Raigeki, as it is not a monster, but it can be destroyed by Raigeki Break, as it still a card).

Ultima Cards do not have Levels. Instead, they have Hierarchies. 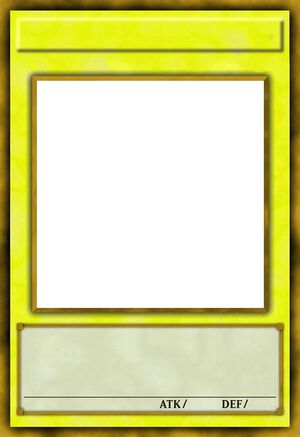