We're Getting Mutants in the MCU - The Loop

How to Summon a Synchro Monster 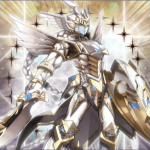