Soul Monsters (ソウルモンスター, Souru Monsutā) are new monsters used in Yu-Gi-Oh! L.O.G. and Yu-Gi-Oh! Q. They are Special Summoned by Soul Summon, They are stored in the Main Deck and have a darker, blue-green card frame with a slightly different frame design to contrast to Spell Cards or Hybrid Monsters.

It has a sub-series of monsters, known as Soul Evoker Monsters.

In order to be Summoned, a Soul Monster must first be placed (face-down) into the Soul Zone, a single Zone located to the left of the Extra Deck on a standard field. Then, when a monster (or in some cases, Ultima Card) on your field leaves the field and is sent to a specific location (Graveyard, Banished Zone, Deck, Extra Deck (face-up) for Pendulums, and so on) listed on the Soul Monster, and if it has an indicator (Level, Rank, Hierarchy, etc.) whose absolute value is equal to one of the "Soul Links" of a monster in the Soul Zone, the monster in the Soul Zone can be Summoned to a Monster Zone and the monster/card that left the field is place underneath it as Soul Material. A Soul Monster's Level is equal to its highest Soul Link. 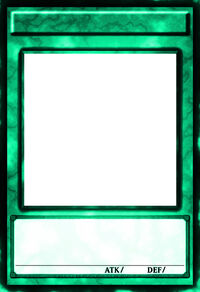