Mono Monsters (モノモンスター, Mono Monsutā) are new monsters used in (insert upcoming Yu-Gi-Oh! "series" here). They are Special Summoned by Mono Summon, though Resonance Monsters They are stored in the Extra Deck and the color of their card frame is dark blue to differ from Ritual Monsters, who are a light blue.

As Mono Monsters follow stricter Summoning conditions, they tend not to be limited by the "Rule of 2000" and such. 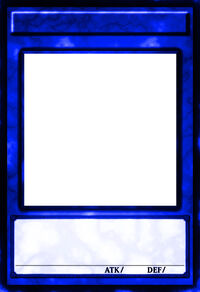 Retrieved from "https://lionheartking.fandom.com/wiki/Mono_Monster?oldid=115864"
Community content is available under CC-BY-SA unless otherwise noted.