Keren Daichi is a character from Yu-Gi-Oh! Me, who is the president of Daichi Corporation.

Keren has a purple and grey hair, he wears a similar outfit to Seto Kaiba's, except it's black with two spikes in the Shoulders.

His first name is based on Eren Yeager, while his last name is derived from Levi Haichou, despite giving this name in good intention, it was misinterrepted for Yaoi ships between these two characters.

Daichi has a Seto Kaiba-Like personality with few traits of Kōga, Ryoga Hibiki, and Mendou Shuutarou, When he appeared, he developed some decisive traits, such as falling in love with Yei just to have her Evolute Card, despite that, Keren seems to be more romantic than Fokkusu Taker. Also, he is a skilled duelist with the complete knowledge of Fusion, Synchro, Ritual, and Xyz Symmons (Pendulum Have yet to come). He is often calm, cold, and he doesn't seem to show any sign of anger, even if his plan did not work the way he intended to be, he has his own pride as a duelist.

Keren possesses good reflexes and strength as he managed to intercept a kick from Yei with ease.

Assigning Fokkusu Taker to a mission to Steal Yei's Evolute card, he aimed at luring her to Duel fokkusu to study Evolute Summon rather than explore her in personal, but later, after hearing the news of Fokkusu's Defeat, he planned to get to meet her with all costs. Later, met Yei, Fokkusu, and Anissa, as he witnessed the events between both Yei and Fokkusu, He took the chance to win Yei's Trust to handle him the Evolute Cards, however, Much to Fokkusu's objections,he accepted the Duel challenge, which resulted to his win.

Keren doesn't have a Deck yet, but it's revealed that he would use "Red Yukiron" /"Cyber Dragon" Deck. 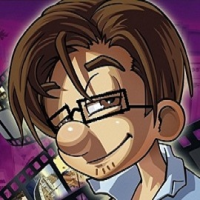