Fusion Monsters, colored violet, are cards representing a combination of two or more monsters. Fusion Monsters may only be included in the Fusion Deck, and cannot exist in the hand or Main Deck. If a Fusion Monster is returned to its owner's hand or Deck, it is instead sent back to the Fusion Deck. However, they may be sent to the Graveyard when destroyed, as well as removed from play. 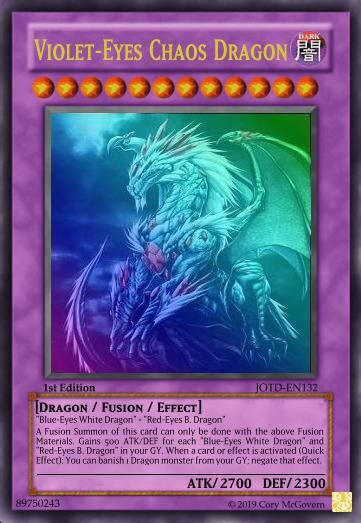