A new type of monster that are placed on the Extra Deck, created by --OnePiece (talk) 03:16, October 9, 2015 (UTC).Their color is a variant of yellow-green and they have Grades, that comes from the left to the right, above their artworks, instead of level/ranks or similarities.

Energy Monsters must be Energy Summoned by using 1 Recycle Monster from your monster card zones and other non-Recycles monster from your monster card zones and/or Graveyard, whose level sum equals to the Grade of that Energy Monster you would Summon(Or ,sometimes it can also be performed via UpGrade Energy Summon Like any monster from the Extra Deck, they cannot exist in hand and when they would return to the hand(either by cost, or card effect) they are placed on the Extra Deck, instead Also, if they are not first Energy Summoned and are sent to the Graveyard or Banished Zone, they cannot be Special Summoned back If cards like Transmigration Break, Degeneration Circuit, etc... are active while an Energy Monster would return to the Extra Deck, the monster is banished, instead 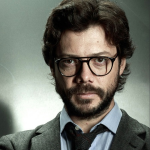